Merry Christmas and a Happy New Year to All

Christmas Day we will spend with friends.  Christmas Eve is just us and a traditional Polish evening meal.  It's a day of fasting and abstinence in the Catholic calendar, so the break fast happens at the first star and the meal is fish.  Traditionally in Poland the fish is carp - bony and pretty tasteless.  I think I had it once, many years ago, when Tod prepared a meal for his mother, sister and her children.  We've always agreed since: "not carp".

So it's usually something like monkfish or a meaty piece of "dos de cabillaud" (fillet of cod).  The challenge is that the French (also following a day of fasting and abstinence) opt for seafood.  So from now onwards great swathes of the fish counter in Leclerc are given over to huge platters of mussels, prawns, oysters, crabs, lobsters, clams. Boxes and boxes of oysters are stacked in great piles.  And the white fish vanishes from sight.

This morning's early dog walk was close-by the Garonne on the edge of town and not wanting to make the car journey twice, Tod nipped into Leclerc to buy the cod on his way home.

He was lucky.  As he was leaving, the Gilets Jaunes (yellow vests) were setting up their barriers on the same roundabout where I got caught a month ago. These are not "casseurs" (a new word I learnt through all of this meaning hooligan) but just local guys who are very, very fed up with the way their central government has been treating them and they are just not giving up or going away.

Tough though on anyone who has only this weekend to prepare for Christmas.

My role in life has become keeping the medical profession in full employment.

Do you remember the large brown x-ray machines in shoe shops?  A lifetime ago.  As children, my mother always insisted we wore "sensible" shoes - Startrite I seem to remember.  The giant advert on the walls at tube stations of two small children, hand-in-hand marching away from us along an endless road,  a perfect image of me and my brother.

The man with the brown box - I was always a little nervous of putting my foot into the black hole (a touch prescient maybe) - informed my mother I had "expensive" feet.  How right he was!

Apart from a relatively brief irresponsible moment in my late teens and early twenties when my father despaired of the impact of my stilettos on the lounge parquet flooring, I have, on the whole, continued with my mother's advice ringing in my ears to wear sensible shoes.  So, I find it hard now to be lumbered with a set of aching clodhoppers that our new GP recoiled from exclaiming "deformés" several times when he asked me to remove my socks. (It particularly rankles that Tod has such beautifully straight feet.)

Still, our less than tactful GP gave me a prescription for some orthotic insoles and I headed for the best podiatrist in the whole of Lot-et-Garonne. Somehow, shoving little coloured wedges of differing heights under my heels and insteps, bonding them all into scruffy grey insoles and with fearsome instructions to wear them always, the podiatrist has done it.

My feet may still be clodhoppers but at least they no longer hurt. Today, three months later, the foot-man is proud of me (and himself) exclaiming "superbe!" at least half a dozen times as he asks me to stand and walk.  So much more encouraging than "deformés".

Basking in my new-found sense of well-being, I contemplate even going so far as to buy some new (sensible of course) Merrell's sandals for next summer.

As I leave, we shake hands and wish each other "bonnes fêtes".  He tells me to come back in a year - but then hastens to say if I need to see him in the meantime, not to hesitate to do so.  Ah, of course, I must always be mindful of my new role in life! 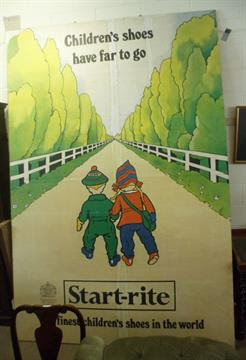