Shouted at the fire because it sulked and wouldn't start.

Slammed the Godin stove door shut and broke the glass.

Sulking logs that wouldn't burn in the stove are now blazing away out on the lawn.

Vita's on a Diet

We went to the vet's the other day for Vita's tick vaccination (after Smudge I'm taking no chances).

Her check-up included a reluctant moment on the scales (which are very scary).  Even more scary, she's twenty-eight kilos!  She was twenty-five a few months back.  Even Clara, who was a BIG Airedale and everybody assumed was male, only reached twenty-eight.

It's true, Vita's been looking a bit podgy round the backside and cuddly along the middle - not much evidence of ribcage - but it was a shock to discover just how much she now weighs.  So NO treats and only two chicken wingtips for breakfast and three for her evening meal. Which means between-times she hoovers up every crumb in sight.

It's a grey afternoon, cold and raining again, so stuck inside and a tad stir-crazy (where does that phrase come from?) I try to make nutella flapjacks without treacle (which I find makes them too sweet).  The outcome is a resounding failure as the oats haven't really glued together.  Still Tod will have some crunchy bits to mix with his breakfast cereal and the burnt nutella-ry bits of oat flake do taste rather good.

Vita's come to join me at the computer, front paws plonked on my lap, head across my keyboard, she's finishing the non-flapjack bits on my plate that I've missed.
Posted by suej at 18:03 3 comments:

We're on the side of a valley. When the weather is from the west, as today, we can see rain coming long before it reaches us.  Useful.  Gives us time to get in the washing. 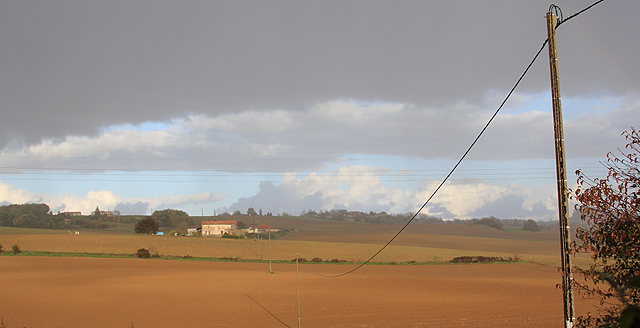 But not for much longer ... 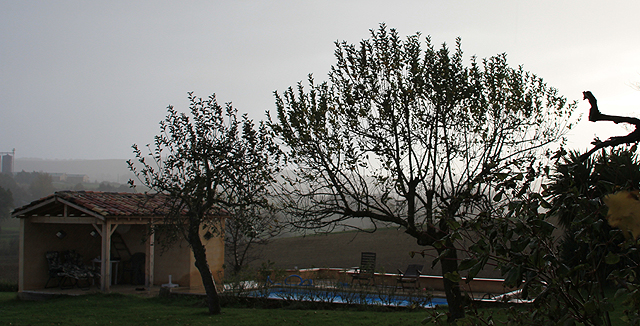 Then behind the rain is more sunshine ... 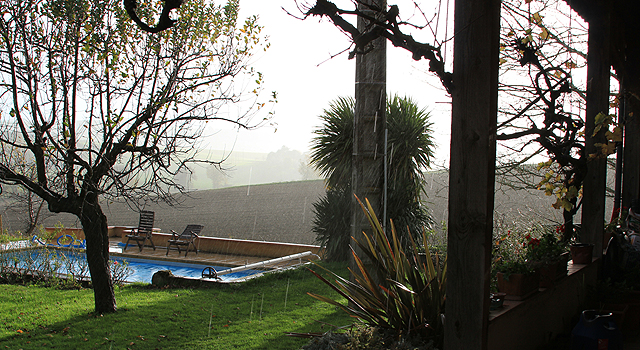 And a spectacular rainbow.  The crock of gold is in Serge's field. 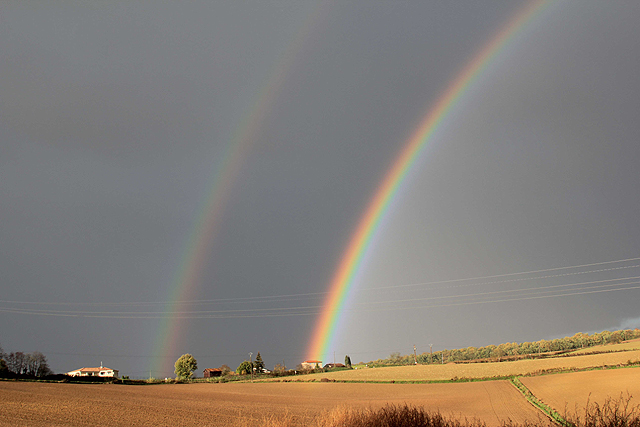 ... has slipped through a crack in the seasons and appeared today as a gift after a week of November rain and wind.

We have friends coming to supper and we are serving autumnal butternut squash soup and beef stew.  In the warm sunlight it feels like we should be serving salad. 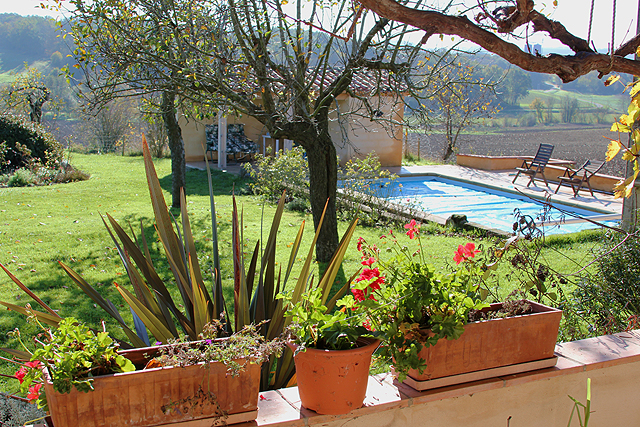 Our house (somewhat unusually around here) has a pigeonnier - a dove cot - on the roof.  And on top of the pigeonnier is something I now know to be a finial.

A finial finishes off the roof and may be pointed or round and sometimes is ornately decorated.  Our finial is round and plain and we've never thought twice about it. 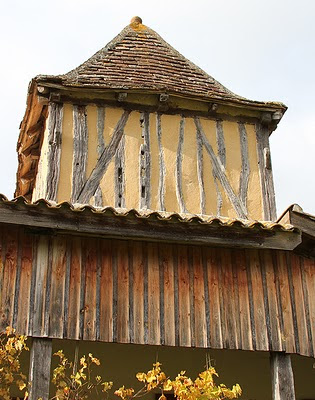 Martyn has been filling the gap between the roof and pigeonnier where, when it rains hard from the east, it leaks down onto the veranda.  He knows old buildings and tells us things about our house. Things we hardly notice suddenly become special.   Like our finial.  He showed us it's an upturned hand-made cooking pot, with the handle still intact. Not many finials like that! 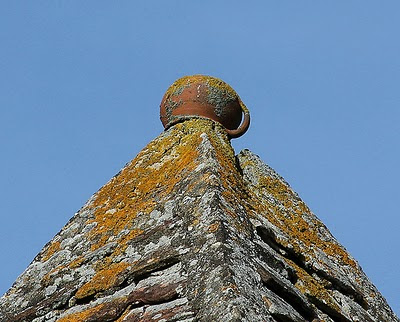