The End of August

The long-dead sad, black drooped-over heads of the sunflowers have all been harvested and the first of the maize fields up on the ridge behind us is now just stubble.

The sound of distant thunder is the noise of grain lorries along the ridge road, racing back empty from the co-operative to the fields for the next load.

Philippe - who hopped off his tractor to introduce himself a few weeks back, saying he was our "neighbour" and that his parents used to live in the house across Serge's field with the same lieu-dit name as ours and although he doesn't live in the house he still farms the surrounding land - is out in the warm sunshine ploughing.

Saturday evening we went to the last of DejaVu's rock gigs for this year at Le Mas d'Agenais, under the high tiled roof of the old town market place.  The local restaurateur had decided it was the end of the season and there were few tables out and no food being served, so we stood around in small huddles and shouted small talk at each other over the noise of the band. There was little dancing and several of us slipped away early.

Sunday morning Tod and Vita walked to the sounds of distant gunfire up in the woodland on the other side of the valley. The hunting season has almost started and catalogues drop into our letter box with pictures of fierce men in camouflage.

Although the days are warm, the early mornings start crisp and weeding the new flower bed at the back of the cottage first thing, I've been wearing a gilet over a long-sleeved T-shirt - to be shed later as the sun moves round and I wander back to the house, eating fresh-picked squidgy sweet smelling figs for breakfast on the way.

I try to prolong the flowers on the rose bushes by dead-heading, but the hips are forming fast and the ones I miss are turning bright red.

The butternut squash plants that Eric and Phoebe gave us are rampaging across the bank behind the cottage.  Planted late after we got back from Poland they've been slow to start producing, but the first of the crop is now a chubby figure of eight, turning yellow and with the promise of winter soups and roast veg.

We're hoping to hold on to summer a little longer.  We're off to Nîmes next week for a few days exploring and I may get to dip my toes in the Med while Tod and Vita sit in a café on the waterfront watching the world go by.

This is the time of year for the Perseid meteors.  Wikipedia tells me they are debris from the comet Swift-Tuttle and that they are so-called because the point they appear to come from lies in the Perseus constellation.

I had never heard of them in the UK.  But then with all the pollution and light-spill at night in South East England I doubt they would have been visible.

The first year we were here, we took the batmobile up to the ridge behind us and lay back with the roof open star-gazing.  It's all too easy to begin to imagine things in the velvet black with so many stars overhead.  Tiny, momentary pin pricks of light - are they actually meteors or just our eyes playing tricks?

The Plough (one of the few constellations I recognise) hung huge and low in the northern sky, straight above our chemin rural. It looked as if I could walk right up to it.

And then I saw it!  A shooting star.  A long slow fall across the sky, in front of The Plough and over the roof of our house.  No doubt about it.

Maybe I should have made a wish, but I didn't need to. It had already been granted.

Links:
Wikipedia article on Perseids
Photo of this year's meteors from Mike Long taken in the Hautes Alpes - article here 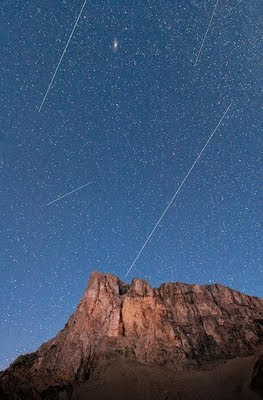 I notice the dangly cobwebs under the chairs on the veranda and walk on, in the hope that someone else (in this two-person home of just him and me) will get the dustpan and brush and sweep them away.
Posted by suej at 14:51 2 comments:

High summer and festivities in full swing, Guccio's owner and I amble through Miramont on Saturday afternoon taking in acrobats, jugglers, street musicians, a luscious red fruit sorbet piled with cream and gossip with friends. The day ends with moules, frites and cheap rosé under a thunderous, rainbowed evening sky. 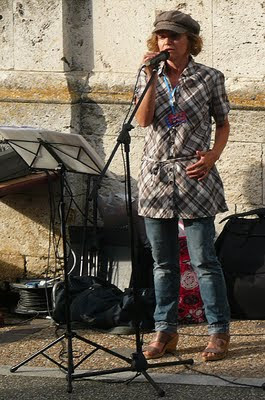 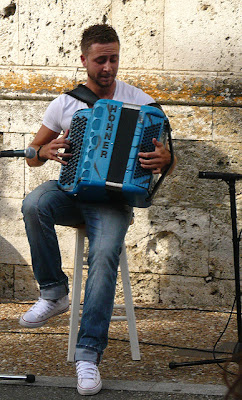 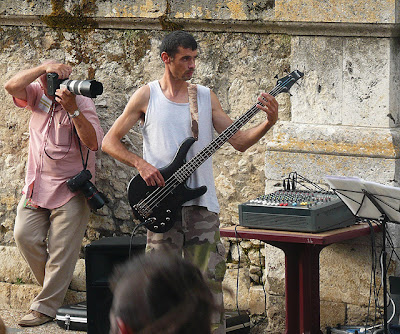 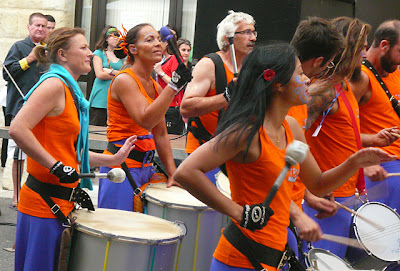 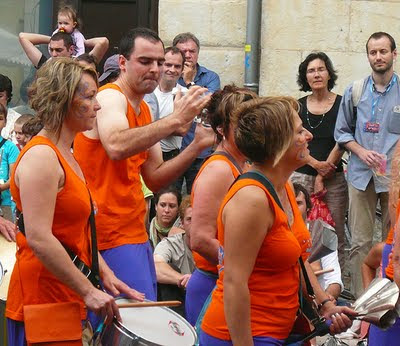 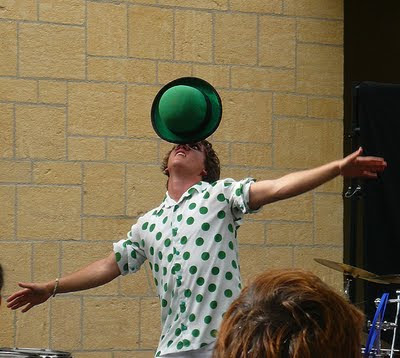 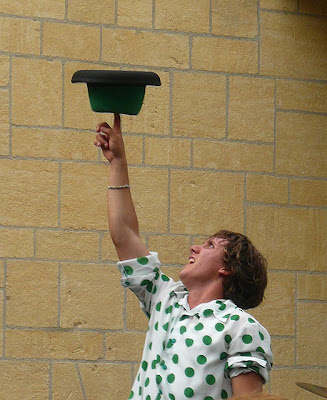 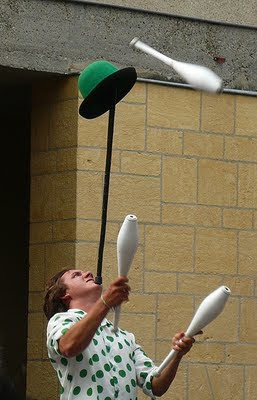