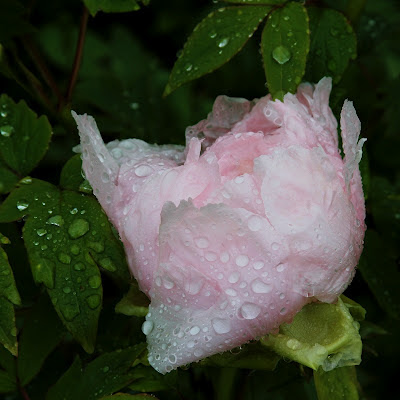 Normally on a Sunday ...

There is still some respect for the tranquillity of The Lord's Day round here; although at harvest time the farmers work right through and there's tolerance of the guys doing their self-builds.

A few months back, the mayor wrote in the local newsletter, reminding people not to disturb their neighbours on Sundays with noisy gardening and DIY equipment.  That didn't go down too well with the upstanding folk of our commune.  It seems that the rule of "Peace on Sundays" applies to all of us except the motorbikers.  So another article appeared in the next newsletter, gently reminding the leather brigade that they too should be sensitive to others. Much good it did!

But this Sunday is different. The rain has been almost incessant for what feels like weeks (when's Saint Swithin's Day?) and the grass and weeds have never been so tall, so green, so lush, so totally out of control.

Today, we woke to sun.  So seizing the moment, we rushed out with our noisy strimmer and mower to begin tackling the elephant task of bringing what looks like a hay field back to a garden.

We hope our (distant) neighbours understand.  They will have peace and quiet tomorrow. Another day of pouring rain is forecast. 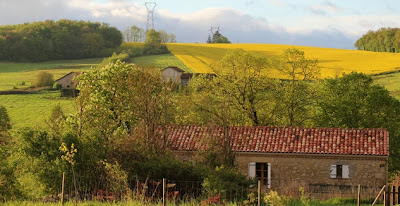 We push our way through knee-high sodden grass at the edge of Philippe's and Alain's fields, the winter wheat now lush and full of rain drops.  Small shafts of tepid sunlight break through the heavy grey clouds. Nightingales and wrens shout from every bush.

We cross the stream and turn towards the pond on the edge of the wood, where an orange tent has mysteriously appeared.  Hardly camping weather!

And then - the first liquid notes high above our heads, hidden in the topmost branches of the copse of poplar trees, only ever heard and never seen - a golden oriole brings the promise of long, warm summer evenings. 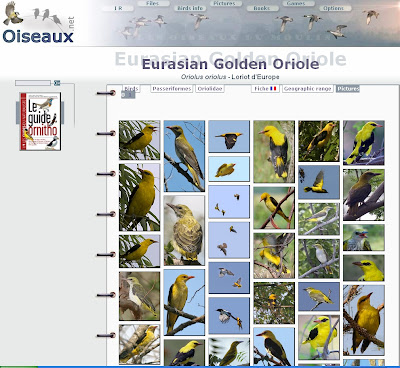 By the time I'd lived four years in Brazil I was virtually bi-lingual.  Not entirely, because there were whole areas of Brazilian life where I didn't have the vocabulary: like discussing the previous night's episode of the latest "soap" on TV (didn't watch it), or visiting a beautician (which all Brazilian women seemed to do weekly), or taking the car in for repair (mind you I struggle with that in English).  But my business Portuguese was pretty good and I even wrote reports and gave presentations, which most people seemed to be able to understand.

By contrast, my French is still abysmal.  There is still much that I do not understand (at least on first hearing) and I often have to ask someone to slow down and repeat what they have said.  I managed that in the post office this morning - a reply paid package to Belgium that I wasn't sure would be accepted.  The lady behind the counter smiled and rattled something back at me.  We started again. This time, S L O W L Y.  Ah! if, I'd brought a copy of the label with me she would have stamped it so I would have had a record of the despatch - sensible idea!

I left feeling smug that I'd understood, but then rapidly deflated as I realised that I would not have been able to say any of that in French to someone else.

Yesterday, after I'd dropped Tod off at Bergerac airport I popped into Jardinland, pretending I was there to buy compost, but really for a tea and cake in the glossy small cafe surrounded by the sweet smell of fresh greenery.  I stood at the counter waiting to make my choice. A woman alongside me struggled with three words of French, gave up and said (in English) "I'll have that one".  The French girl behind the counter smiled and said (in English) "of course".  The "that one" was a tarte au chocolat.

Although I am far from fluent, what my time in Brazil has given me is the courage to gesticulate, make a fool of myself, make up words that are a mixture of French, English and Portuguese and to realise that quite often the French I need is not that different from the English.

However, I may just not understand the reply! 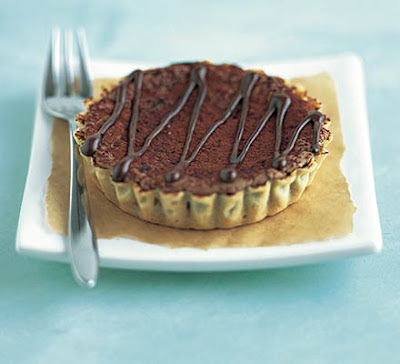 Casting too many clouts before May is out, if you ask me!

That, and leaving the cottage too early and moving back to our draughty house during what was a brief moment of warmth.

The Godin stove is lit in the lounge.  Spicy butternut squash soup is warming on the stove.

Tod is asleep under the duvet and Bertie is lying on top as a hot water bottle.

We're hunkering down for a wet, cold week.  Unfortunately Tod is booked on a flight to the UK on Wednesday and we're running out of his magic all-powerful (not available in France) remedy - Lemsip.

At least he'll be able to stock up when he gets there. 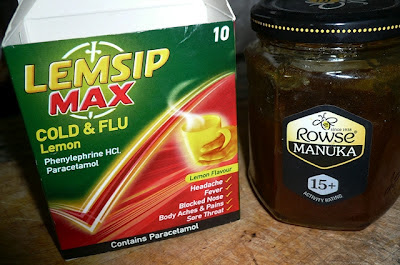 The cold weather in January has had a devastating effect on gardens and people are posting on the forums swapping advice and suggestions for what to do.

The received wisdom seems to be to wait and see whether new green shoots begin to emerge before pruning back dead branches.  Maybe wait as late as the end of May for some plants.

We have two bay trees, a young mimosa, a large ceanothus and rosemary on the rockery, a great oleander bush on the bank up to what one day will be the front door, all with burnt, brittle leaves and dead looking stems.   And my pride and joy - the phormiums, with their bronze spikes that form such a feature in the borders in front of the veranda - have completely collapsed, their centres a mushy mess.

We've already cut back the tops of the yuccas at the end of the swimming pool.  Looking like something out of Where the Wild Things Are their rotten mop heads would never have recovered. I've left their long trunks, at least we can grown some annual climbers up them until (hopefully) new growth starts from the bottom again.

And there is hope. Buried in the dead stems of a hydrangea that I thought we'd lost bright green leaves are emerging; and nestled right at the base of a very sick looking berberis I was weeding yesterday, I found two tiny pale new shoots. 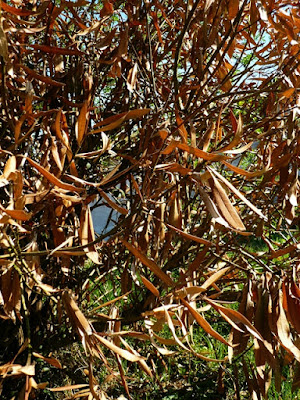 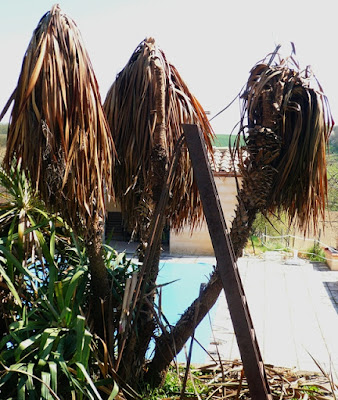 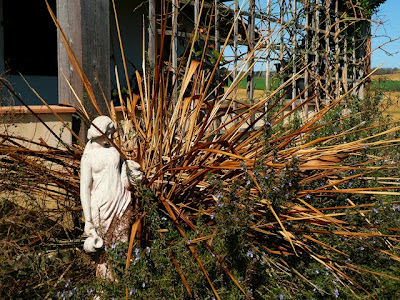 The Phormium in Happier Times 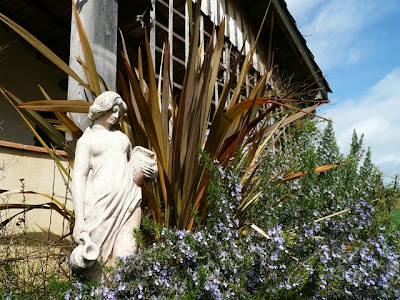 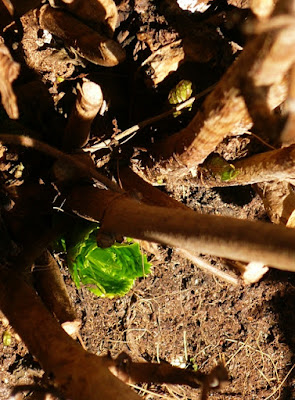