Earlier this year, on a bright spring day, off to a book club lunch I think, with the hood down on the batmobile, I breezed up to the cross-roads in Grateloup.  Coming towards us from the other side of the junction was a Google car with cameras on its roof, which flashed as we met.

From time to time I've idly wondered, in passing, whether the batmobile's image was there on Google but thought we're so rural here, they won't bother. Yesterday, checking out a route on Google maps, I saw the little orange figure and decided to see if I could make him stand on the Grateloup cross roads. He did.  Up came the images of the centre of the village.  And there's the batmobile - on Google!

If I'd known, I would have had my hair done! 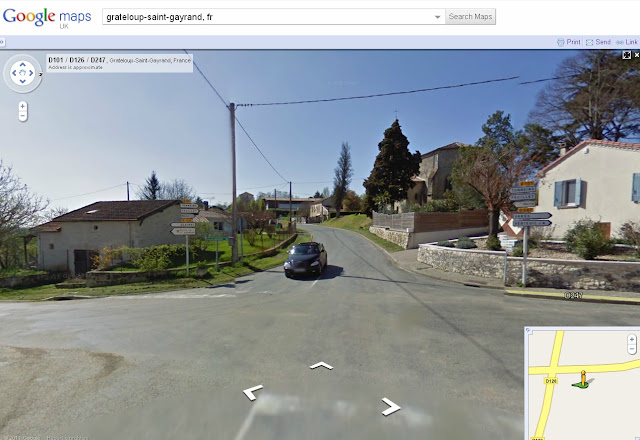 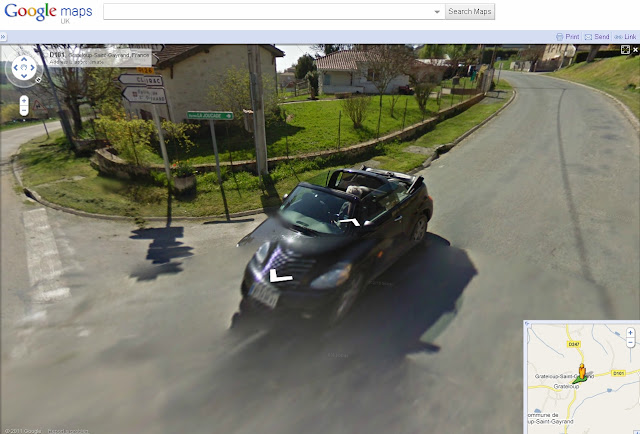