A chilly bright day enticed us out for an afternoon walk along the canal. This time we went further afield and for longer - a nearly-two-hour hike from Damazan to Buzet and back.

Vita found a very fierce bollard that needed attacking, from behind the safety of Tod's legs.

The barge had a small car parked alongside and smoke coming from the chimney - some brave souls on the canal for Christmas.

And the tiny pleasure boats with their covering of leaves were a reminder of good things to come in the summer. 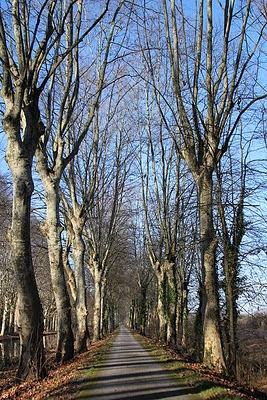 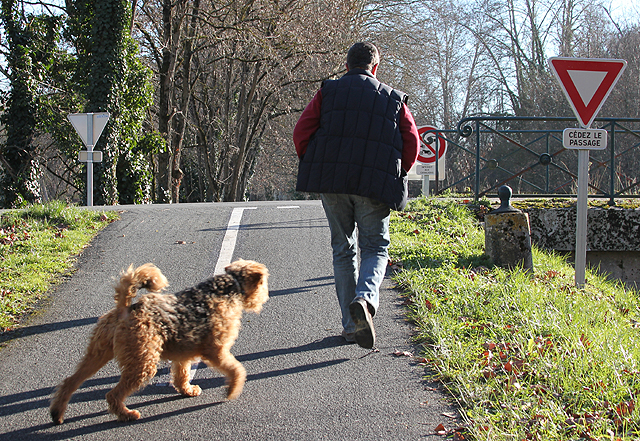 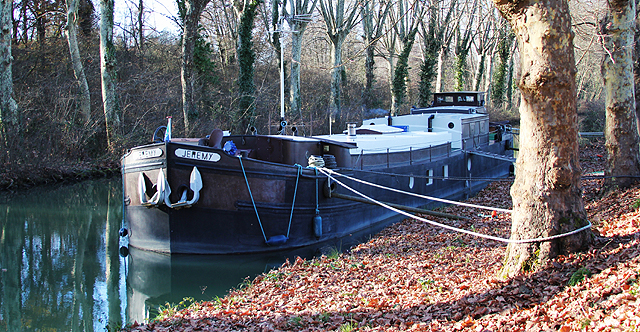 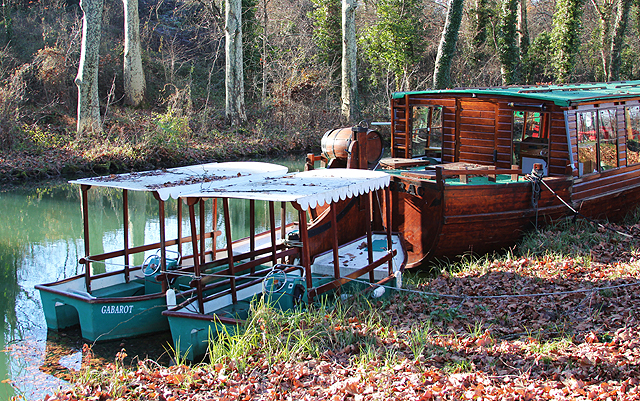