Three weeks ago, Friday night, south west France was hit by a "tempête" and we lost our electricity, 'phone and internet, a few tiles and an elderly plum tree. The electricity was back after three days, but the 'phone has taken a bit longer.

The storm came on top of days of rain and everywhere was waterlogged. The previous morning, I'd walked across the kitchen floor in bare feet to find I was standing in a small pond. The rainwater had found a new way to ooze out of our clay foundations - up between the kitchen tiles at the join with the concrete floor of the cupboard where the old hot water tank sits.

With no 'phone, over those first days, we dropped in on friends to find out how they were, drank tea and shared war stories. Some friends lost power for only a few hours; others were off for days and some had no water. We drove into town in the evening from the pitch darkness of the countryside, looking for light and warmth.

Over that first weekend, small groups gathered on the belvedere in town to look down on the raging torrent of the Garonne and the flood waters that stretched to the horizon. The main roads to Agen and Villeneuve were under water and we watched rescue boats travelling between the lines of trees that had marked the roadsides, bringing people in from outlying farms. A tractor surged down one flooded road and gently deposited two people at the water's edge. They calmly stepped out of the lowered bucket scoop on the front and made their way up hill to the shops.

We wondered at the effects of a wind that chose to tear down that tree and not the one alongside. Some plantations were ravaged, others hardly touched. A cedar in a park on the edge of town has been ripped and torn from its trunk, yet the two on either side still stand.

Later on, we learnt that over a million homes had been without power and that the Gironde to the west of us took the brunt of the storm, with winds over 170 kilometers per hour. People debated whether this was worse than the storm of 1999 and discussed buying generators "for the next time".

We now have a box full of camping gaz lamps, candles and fat torch batteries - just in case. 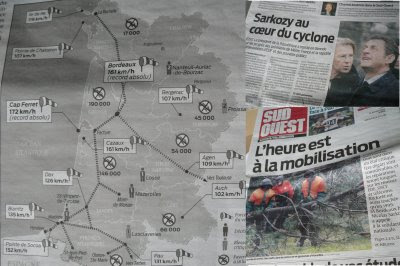 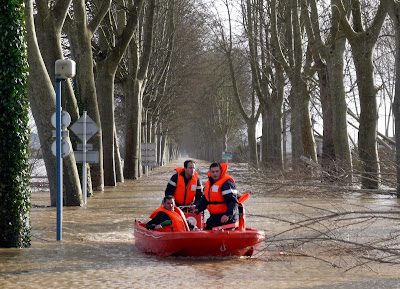 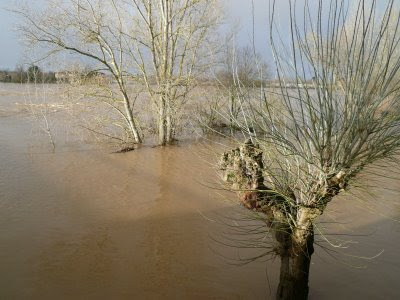 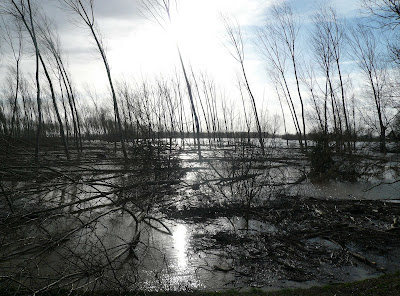 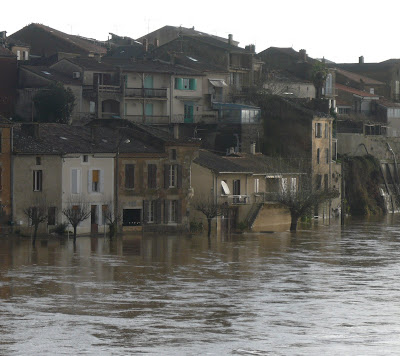 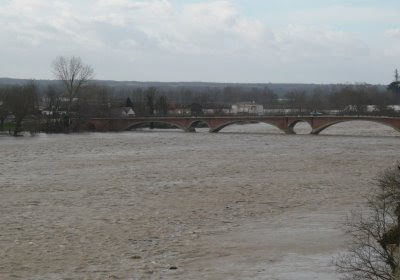 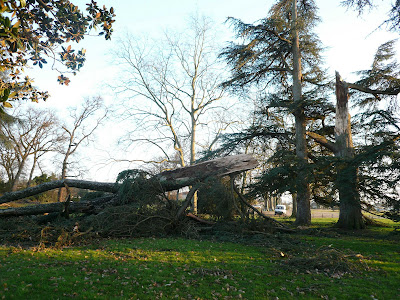